Get DIRECT DEVELOPER PRICES through the DEVELOPER SALES TEAM & get updates on Floor Plans and Prices.

Why?
Scroll down to find out more or Contact us to Register your interest.

Picture speaks a thousand words and we believe a video speaks much more.

In this video, we are going to show you the best attributes of Jadescape Latest and why it is an ideal choice as your new home.

Book An Appointment For Jadescape Latest To Get Direct Developer Price now.

A reliable and prominent Asian developer, Qingjian Realty, has an extensive experience in a wide array of residential and commercial buildings in Singapore since 2008. In 2016, Qingjian Realty acquired the land plot of Jadescape through a collective enbloc sales of former Shunfu Ville at $638 million. Jadescape will be an envisioning of modern Singapore homes in a garden connected seamlessly by smart home innovation at affordable pricing. 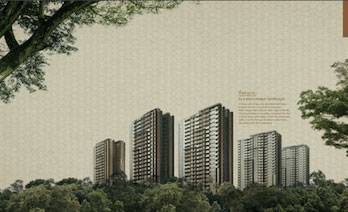 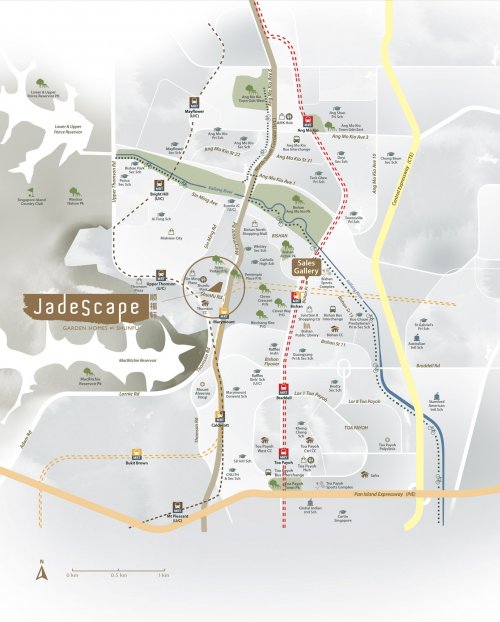 There are no lack of amenities around Jadescape condo. Thomson Plaza and Junction 8 retail malls are near. Thomson village & Shunfu food centre are great dining locations. Bishan central has many lifestyle amenities. Jadescape new launch is near good schools like Ai Tong, and Catholic High. Check out more amenities with Jadescape location map.

With seven peaks of awe-inspiring architecture casting a striking silhouette across the silver edge of the sky. Carved waterways in its valley. And green life that is fed by those same waters. From the minute you walk in, to the time you lay down in your home, the majesty of it all is unyielding.

Kindly book an appointment here or call us at +65 6100 7757 before making your way down to view Jadescape ShowFlat as we may be closed at certain days/time.

Online registrants who have booked an appointment here will be able to receive Direct Developer Price and need not pay any commission. Please be informed that units for sale at Jadescape are on a first come first serve basis. 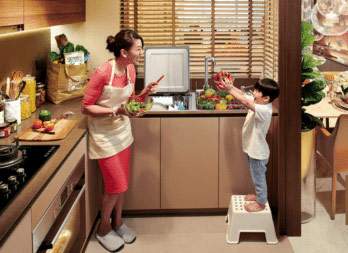 Fill up the form below and get a copy of Jadescape Price, E-Brochure, and Latest Updates! 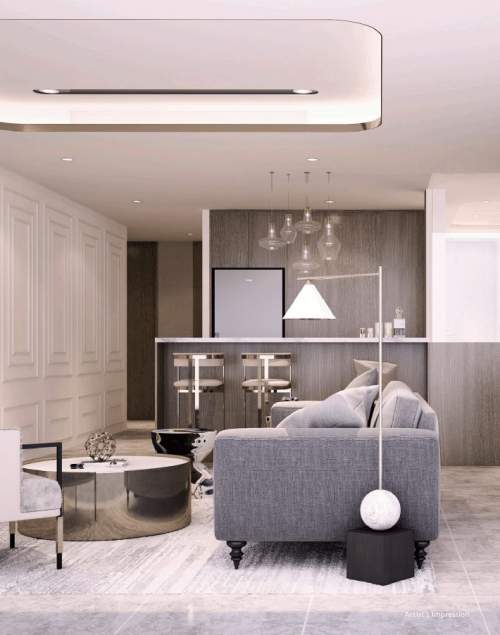 The Jadescape condo is a 1206 units private residential new launch condominium that is located at Shunfu Road. This is the same plot of the former Shunfu Ville which was acquired by developer Qingjian in 2016. The new condominium will house a variety of apartment sizes ranging from one bedroom to five bedrooms in 7 tower blocks, including, 63 “gold standard” 1-bedroom apartments designed with active senior residents in mind. “Gold standard” units are equipped with support bars and smart technology to convenience senior residents.

The Jadescape is conveniently located close to Marymount and Bishan MRT stations. PIE and CTE are a short distance drive away.

During the phase 1 launch – 300 units out of the 480 released were successfully sold. You can read about it here – 300 Jadescape Units Sold At Weekend Launch.

Jadescape is a spacious development that features 1- to 5- bedroom unit types for all types of home-buyers. The unit floor plans for each apartment consist of bedrooms, living-dining areas, and a balcony. Smaller apartments such as 1- and 2- bedrooms features an open concept kitchen. From 3-bedrooms unit types up, a closed-door kitchen is offered. 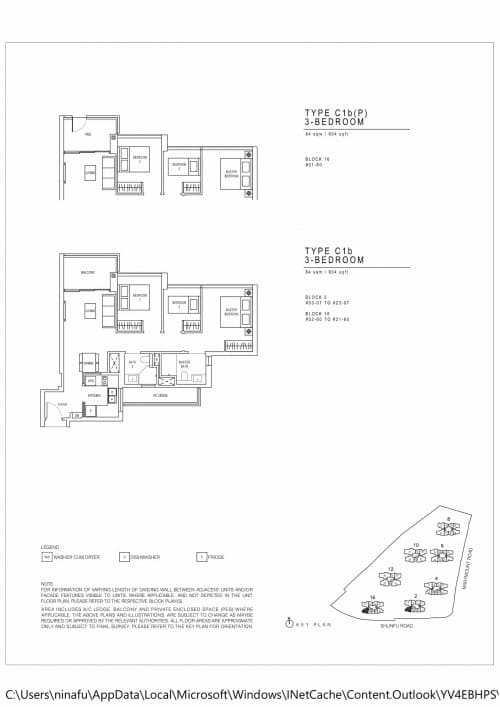 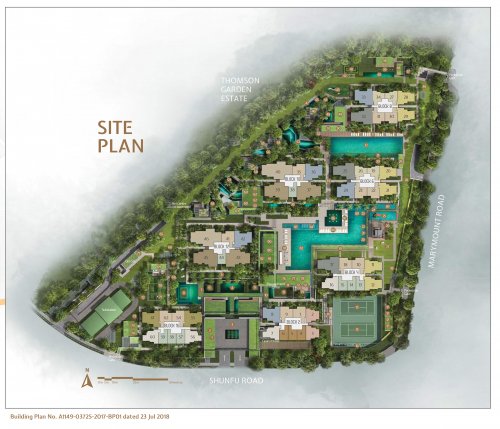 Jadescape’s site planning is designed by Tange Architects with landscape collaboration from Ecoplan Asia. According to Jadescape’s architect, the internationally acclaimed Paul Noritaka Tange, the development is designed as an Asian garden. The residential project is built to connect and interrelate with its natural environment.

The Jadescape landscaping is representative of “Jade” in its namesake, which is a well-known material of luxury and prestige. Jade is also known for its green hues of which the lush elegant greenery of Jadescape’s landscaping is indicative.

Each tower is oriented to maximize views and offer views towards nature, especially the MacRitchie Reservoir. Each tower retains its unique facade features but is designed to be in collective harmony with surrounding greenery and water features. Placement of towers and facilities creates interesting nooks within the estate for residents to explore different atmosphere and scenery.

Fill up the form below and get a copy of Jadescape Price, E-Brochure, and Latest Updates! 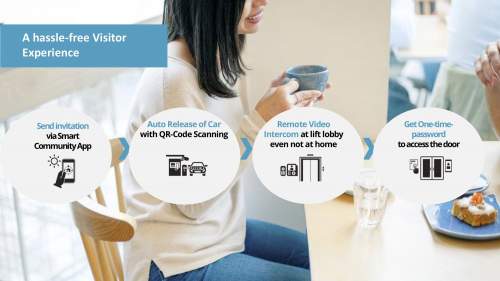 Qingjian Realty was conferred upon the Best Smart Building Development Award at the 8th Annual Propertyguru Asia Property Awards in October 2018 for its new condo development, Jadescape at Shunfu.

The smart home and smart community elements at Jadescape were conceived to create a comfortable living experience for all types of homeowners.

The cutting edge technology will no doubt set new standards for private condos in Singapore. One example of the “live smart” technology is the energy-saving air conditioners where the waste heat will be recycled to save electricity for water heaters.

The smart community features come in the form of apps that allows residents to conveniently carry out daily activities such as food ordering, check the availability of condo facilities and manage bookings.

Qingjian to build more than 1,200 homes on Shunfu Ville site

JadeScape, as the brand new development in Bishan is actually to be actually phoned, are going to be actually kitted out with fully-integrated brilliant house technologies and also an intelligent estate monitoring system.

The systems will certainly feature 63 one-bedroom units specially created for active-ageing homeowners. Qingjian Realty obtained the previous Shunfu Ville for S$ 638 million in 2016, creating it the most extensive cumulative purchase considering that 2007 at the opportunity. 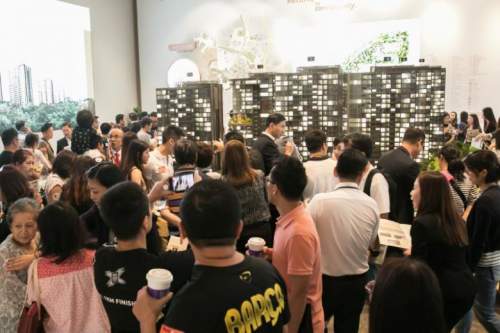 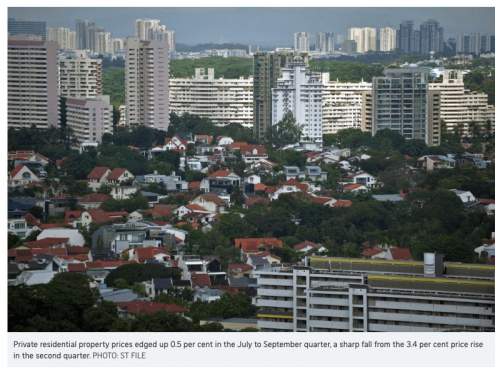 Furthermore, there is actually a possible supply of 14,200 systems (featuring ECs) coming from Government Land Sales (GLS) web sites as well as granted cumulative sale web sites that have certainly not been given considering commendation yet. Of the, concerning 6,700 systems are actually coming from awarded GLS sites and Confirmed List internet sites and 7,500 systems are from awarded aggregate sale sites.

Based upon the anticipated finalization days mentioned by developers, 3,506 devices (including ECs) are going to be completed in the final fourth of 2018. Yet another 11,505 systems (consisting of ECs) will be completed in 2019.

Therefore, the vacancy fee of completed personal home devices (leaving out ECs) was up to 6.8 every penny by the end of the 3rd fourth, compared along with 7.1 percent in the previous one-fourth.